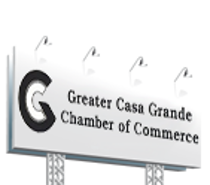 The Spring of 2007 brought new owners to the Casa Grande Trap & Skeet in Casa Grande, Arizona.  The club had a long history of providing league and competitive shooting for the locals, along with being host for the Arizona Winter Chain events.  These new owners brought another long history of shooting from their families.  The owner, Don Volz had grown up trap shooting with his Dad and brother.  Today, that tradition of shooting and running the Casa Grande Trap & Skeet carries on with the current 3 generations of Don, Doug, Bryce and Tanner Volz.

The past 4 years have been busy as much needed improvements and renovations were added to the Casa Grande Trap & Skeet.  New Pat Traps have been installed along with adding 5 Stand and Skeet.  The club continues to host the Arizona Winter Chain and fills their park with shooters who have been going to the club for 30 years.  However now, scores are improving, 100 and 200 straights are a regular occurrence and even Grand Slams have occurred since the improvements.

The Volz family has mixed business with pleasure.  A typical day involves all the “boys” helping to run a smooth ATA event and ends with a friendly competitive round of trap and skeet.  All bets are placed and at the end, even the low scores win an ice cream at the refreshment stand!  Pictured below are (from left) Doug, Don, Tanner and Bryce Volz.  These Volz boys are proud to continue the long standing tradition of trap shooting in the family.

The Volz family knows the future of trap and skeet shooting relies on younger generations enjoying the sport and understanding the operation of a gun club.  The Casa Grande Trap Club has started an SCTP Team this year in an effort to encourage other youth shooters and families to enjoy the fun and pass on the tradition.  The younger Volz “boys” continues their interest in shooting sports and understanding how the club runs in an effort to keep the club in their family for yet another generation.